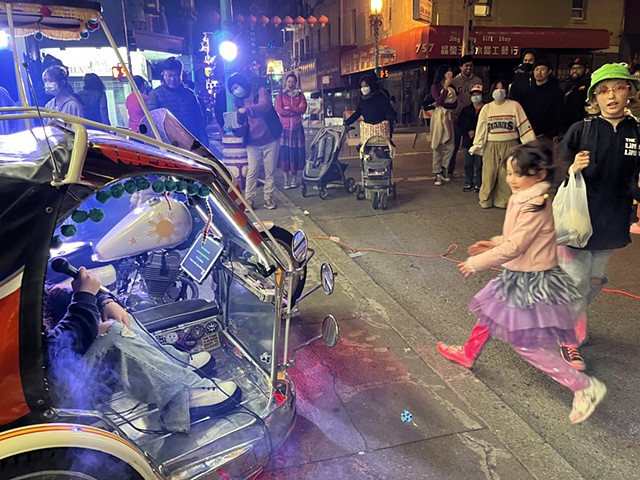 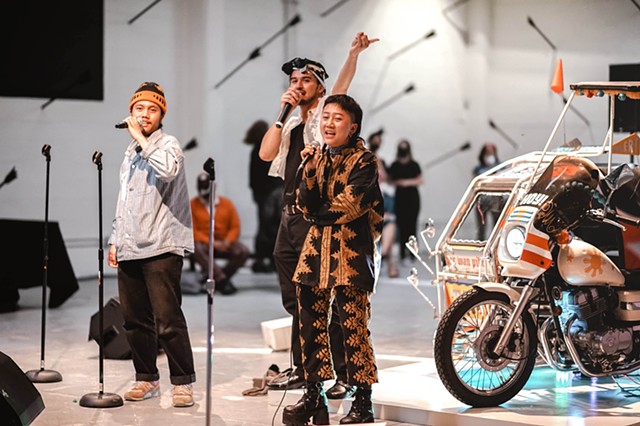 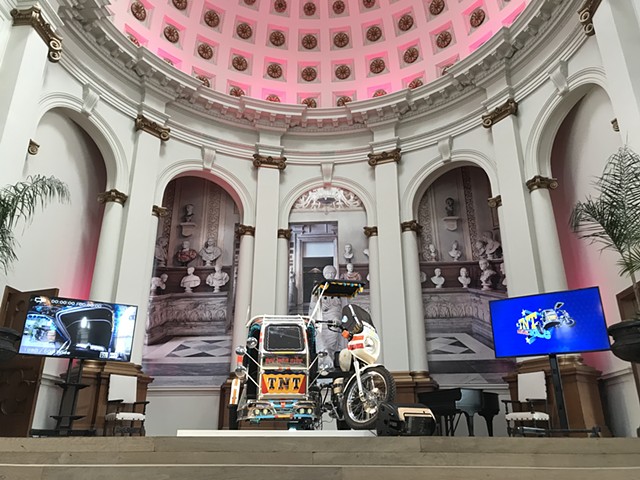 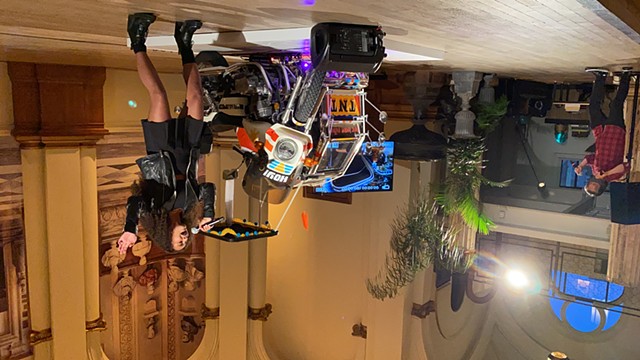 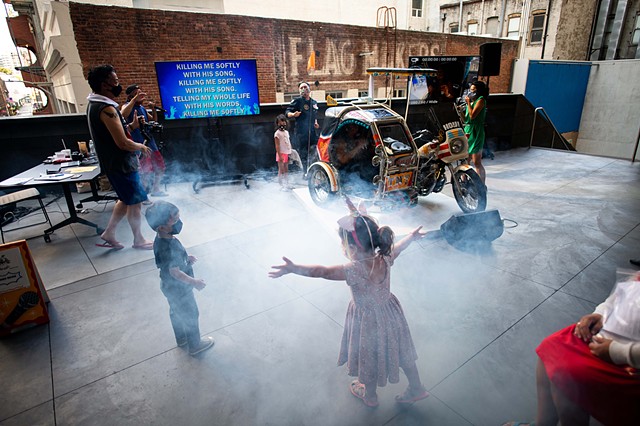 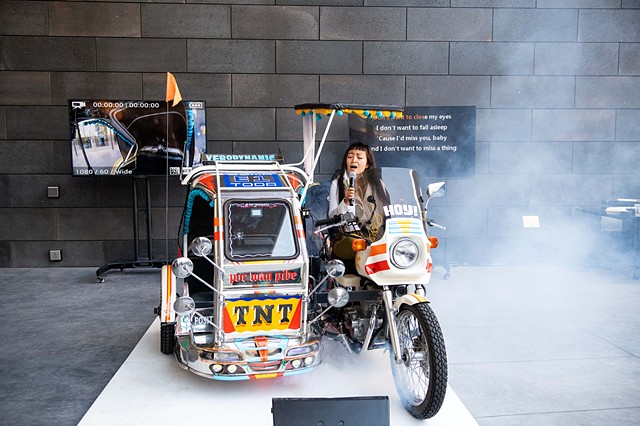 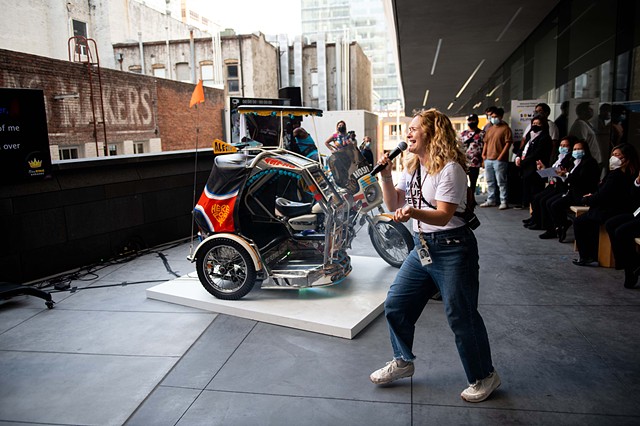 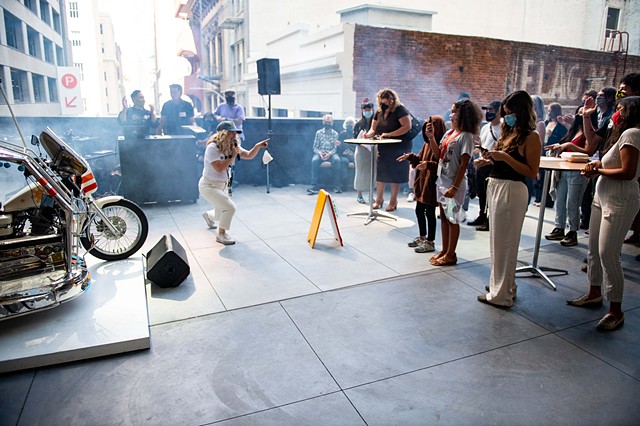 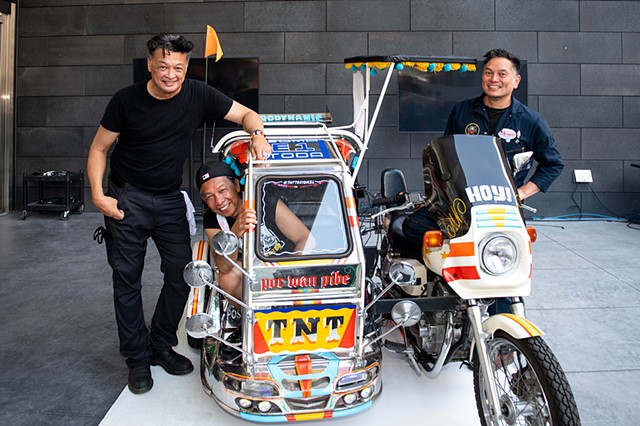 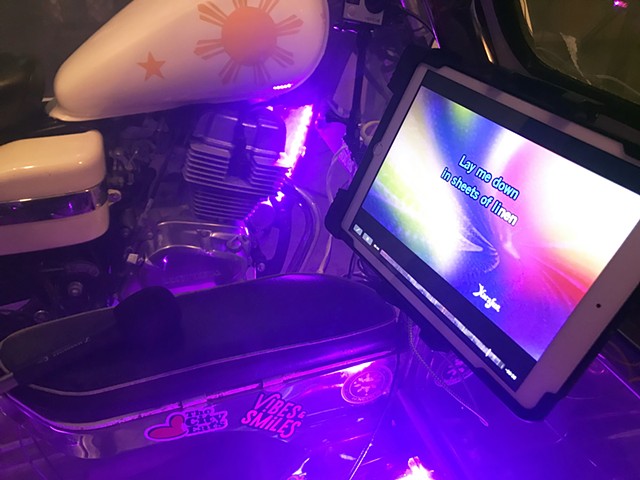 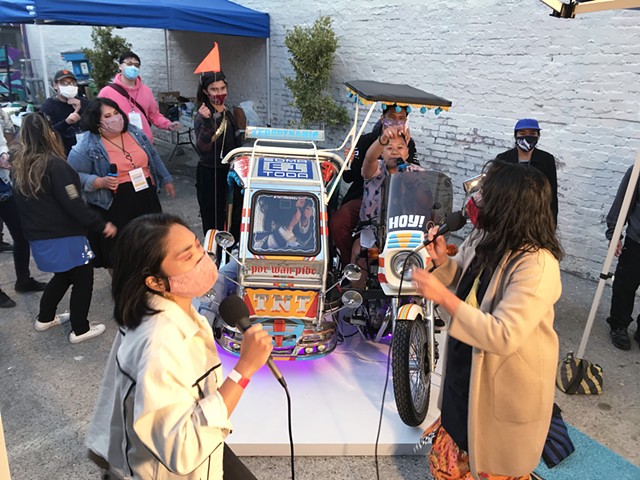 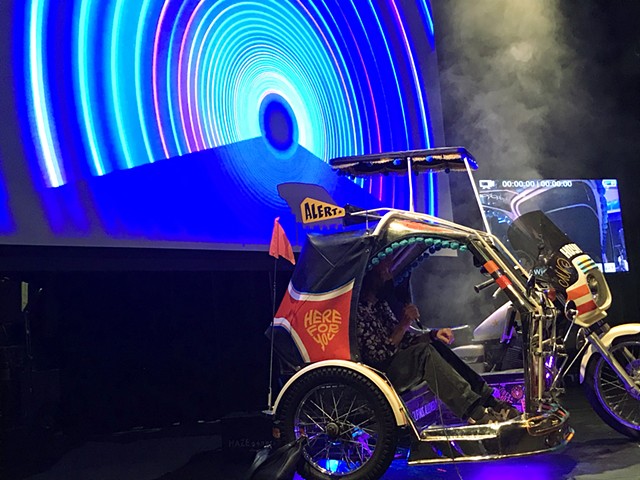 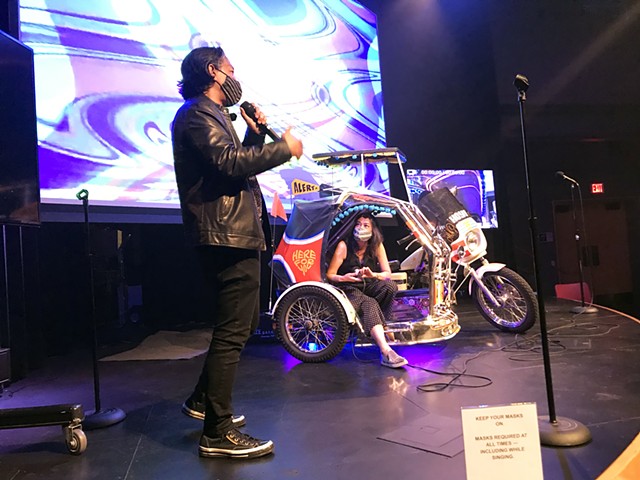 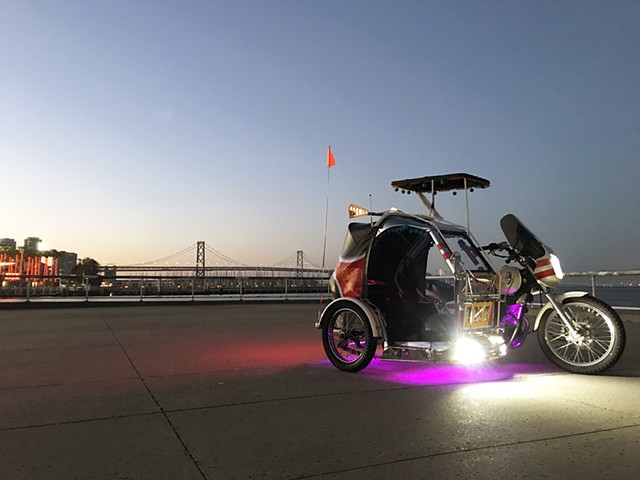 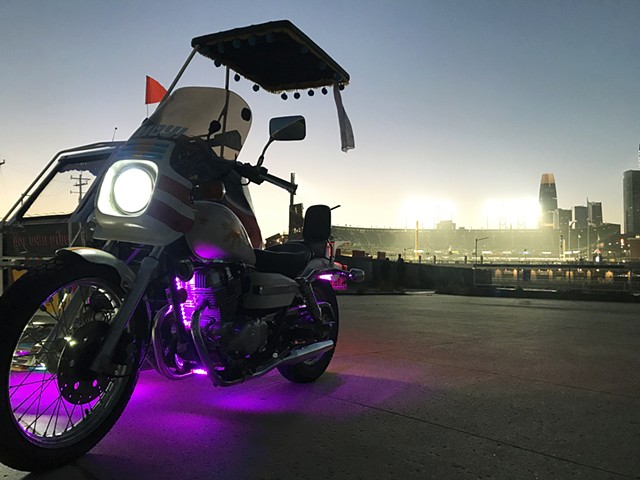 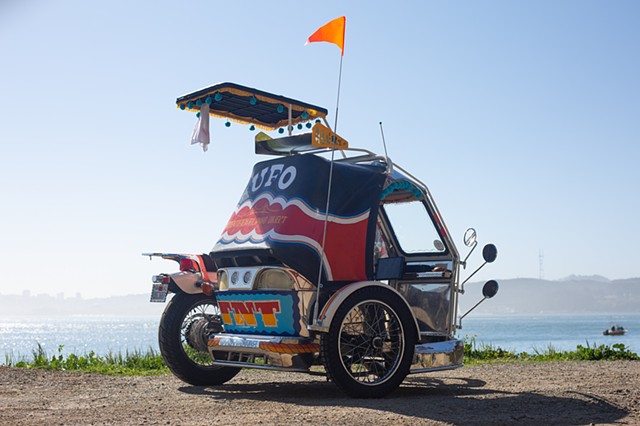 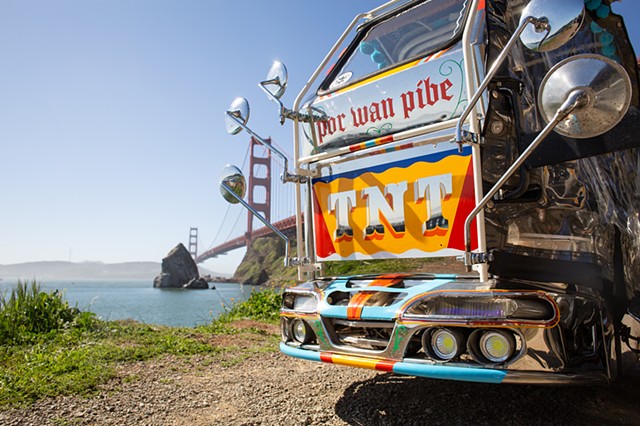 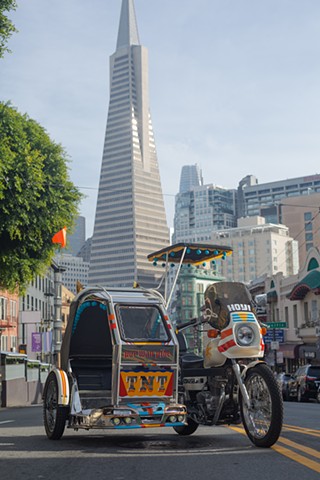 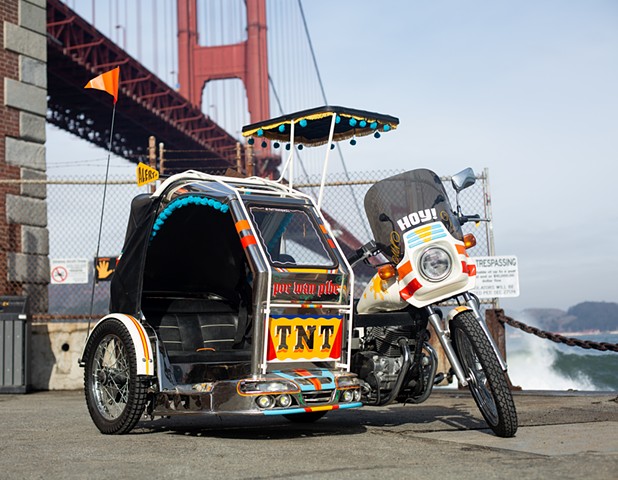 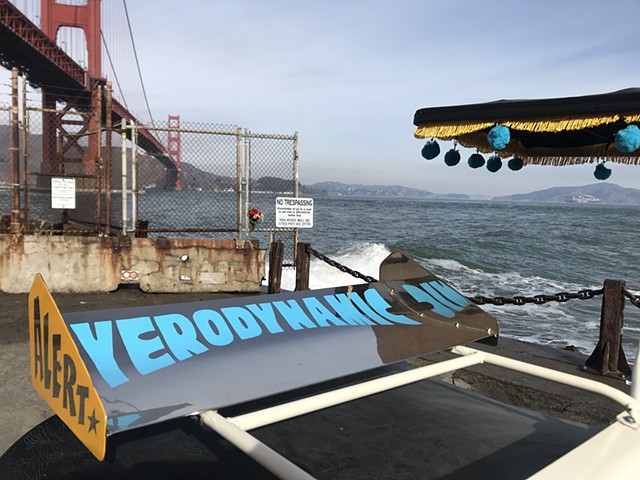 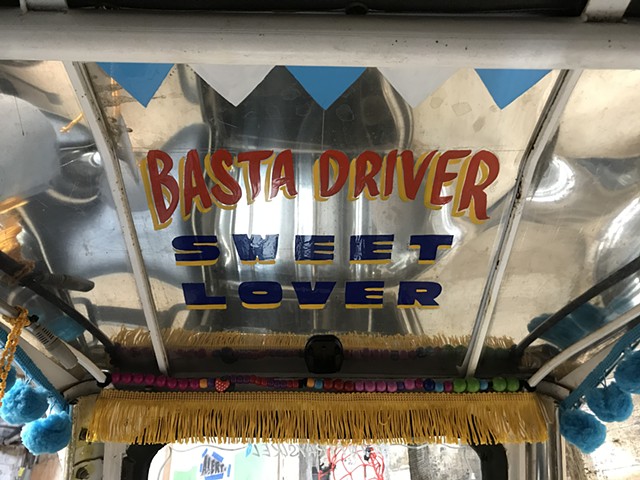 TNT Traysikel is a public artwork that engages the streets of San Francisco. Traysikels are ubiquitous transport vehicles in the Philippines but a rare sight in the United States; we are aware of 5 Philippine-made sidecar rigs in the US. For many, its existence in America contributes to a sense of belonging and comfort. This is amplified through karaoke activations called TNT SideCaraoke, where people come together to sing and celebrate in community. TNT Traysikel is also the protagonist in a forthcoming film that explores notions of home and a cultural awakening.

This SFAC funded project is a collaboration between Michael Arcega and Paolo Asuncion. They have performed activations at SFMOMA, Yerba Buena Center for the Arts, The Exploratorium, Saint Joseph’s Arts Society, Kapwa Gardens, Institute of Contemporary Art San Francisco (ICASF), and the Chinatown Media Arts Collaborative (CMAC) among other venues. It will be featured at the Asian Art Museum in San Francisco as part of the exhibition, Carlos Villa: Worlds in Collision (June 2022). Michael Arcega is an interdisciplinary artist working primarily in sculpture and installation. His work has been exhibited nationally and internationally. He has degrees from the SFAI and Stanford University and is currently an Associate Professor of Art at San Francisco State University.

Rachel Lastimosa is an interdisciplinary artist, producer and performer, scoring for theater and film and has toured nationally and internationally as a performing musician. She has served as the Arts & Culture Administrator with SOMA Pilipinas and has worked as a community organizer since the early 2000s. Rachel is a co-collaborator on the production of the TNT Traysikel film.