Vending and production installation (two month duration) in collaboration with artist Stephanie Syjuco as "The Marianas." Commissioned by the Montalvo Arts Center, Saratoga, CA. On view from May 20 - July 20, 2012.

Located at the Montalvo Arts Center, a historical site at Villa Montalvo, California, this project presents to the public a souvenir shop that is a "front" for re-examining the complex issues of commerce, empire, and the repackaging of historical narrative. Rough-hewn display tables hold an array of strange and contradictory products such as bottled water ("Hetch-Hetchy Elixir"), false precious stones ("Genuine Faux Fool's Gold"), as well as salvaged remnants of other artists artworks. Viewers are able to peer through and walk around the lattice-like sales counter made of recycled pallets, to see the production space where everything is explicitly made. FUN FACT:

In 1912, California State Senator James Duval Phelan began constructing Montalvo, an ambitious estate nestled in the foothills of the Santa Cruz Mountains. Villa Montalvo became Phelan’s beloved retreat; a place where he entertained artists, poets, musicians, politicians, soldiers, scholars and cultural figures. Upon his death in 1930, Phelan’s will stipulated that Montalvo be “…Maintained as a public park open and used as far as possible for the development of art, literature, music, and architecture by promising students.”

For two months we activated the gallery space, working four days a week on new products labeled with re-examined stories. From the press release: Under the moniker The Marianas* Bay Area artists Michael Arcega and Stephanie Syjuco are collaborating on a functioning souvenir pop-up shop that responds to Montalvo's 100th Anniversary as well as its place in the history and politics of California. By fabricating fictional objects and selling them directly to the public, the work playfully yet critically examines notions of memory and the commodification of historical “artifacts.” During the exhibition the artists will be working on-site in the fabrication and production of their limited-edition collectables, and will be conducting a series of informal public workshops and events on the creative fictions of souvenirs. 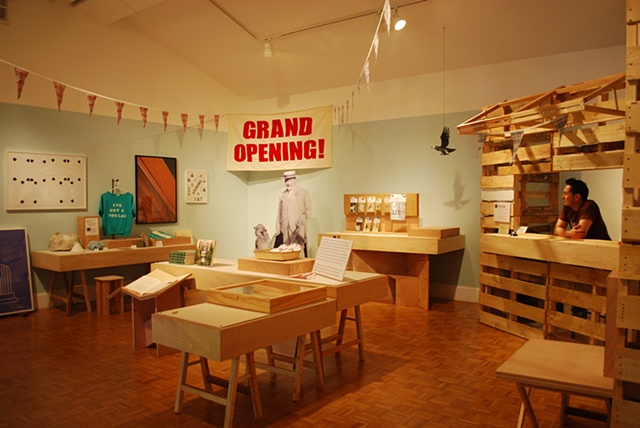 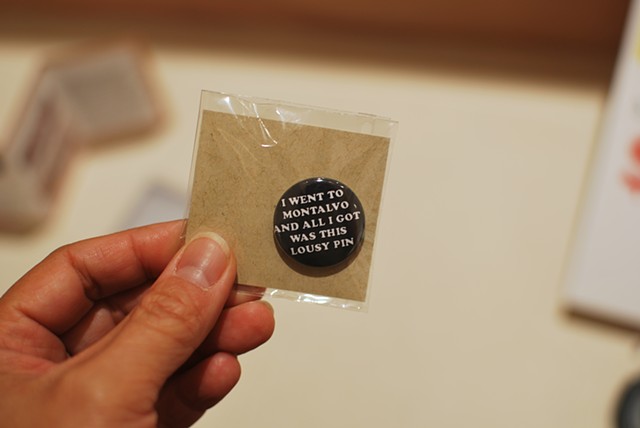 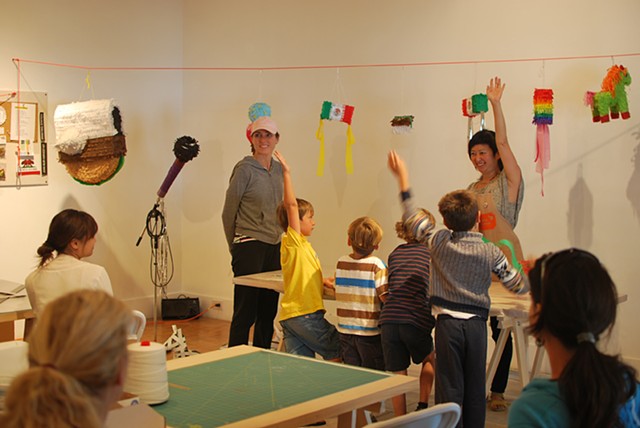