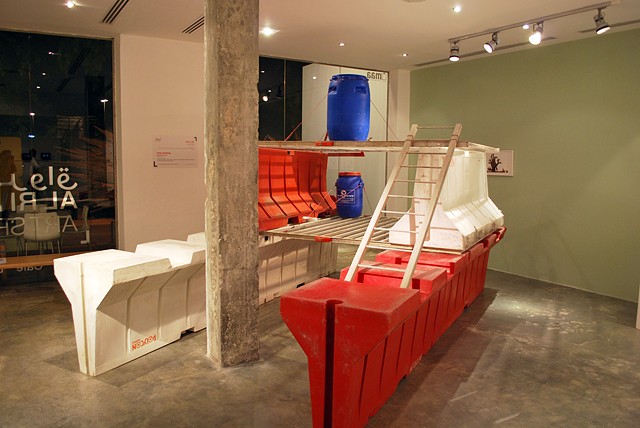 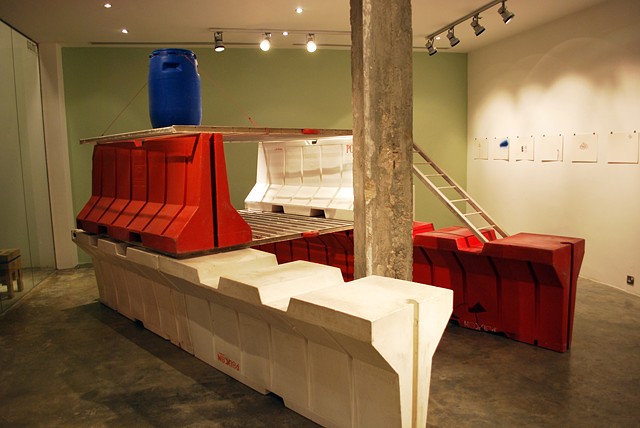 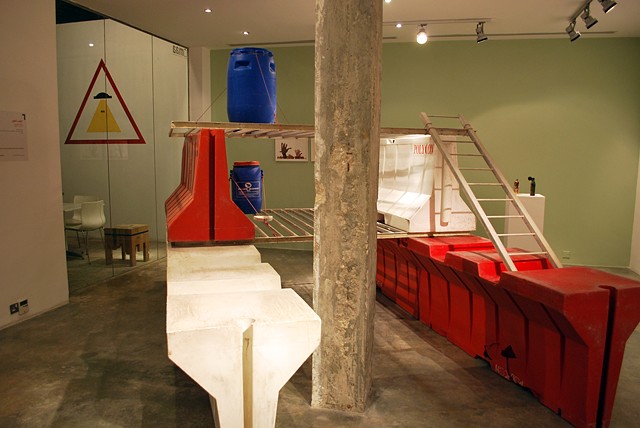 This site-specific sculpture conflates ubiquitous objects in the Bahraini landscape with the increasing use of overseas labor. During an unsuccessful revolt in 2011, Bahraini and Saudi governments limited access to specific sites, such as the Pearl Square (now demolished). Since then, Barricades and restrictions are still commonplace. Simultaneously, the economic growth in Arab Gulf states increases the importation of labor from South Asia and the Philippines.