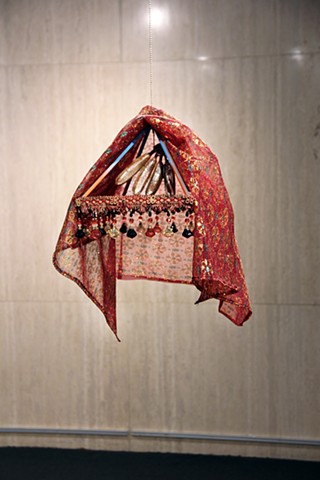 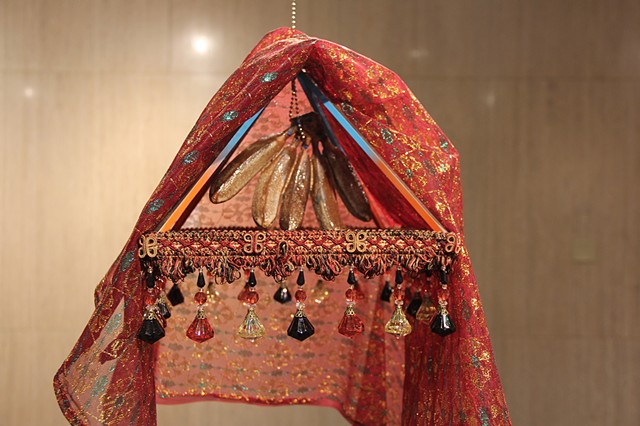 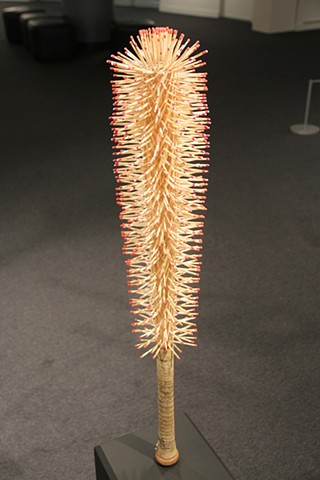 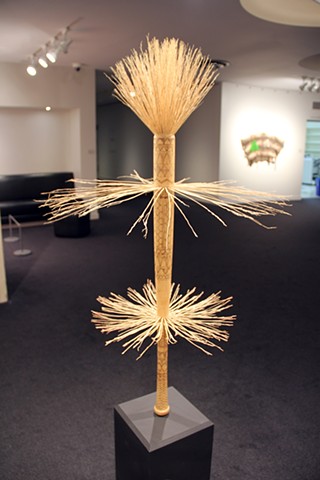 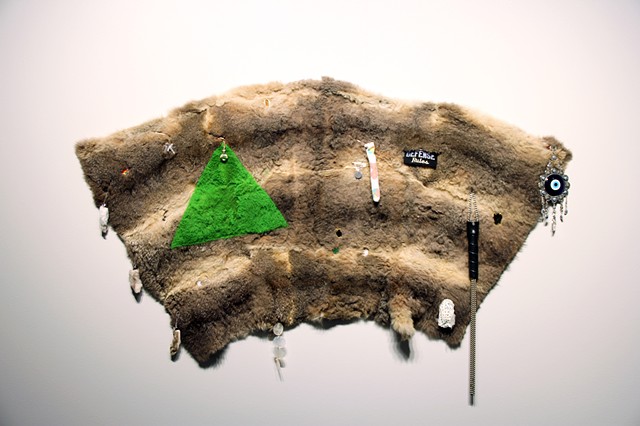 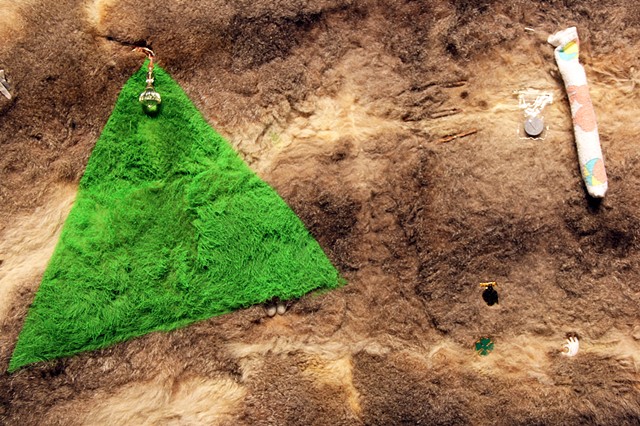 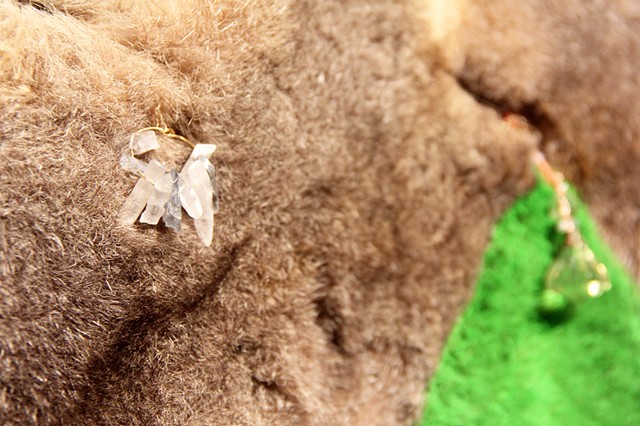 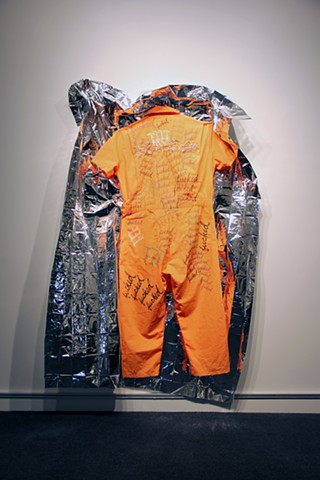 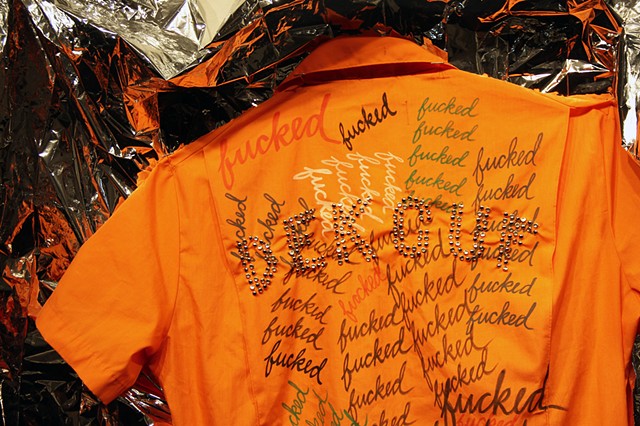 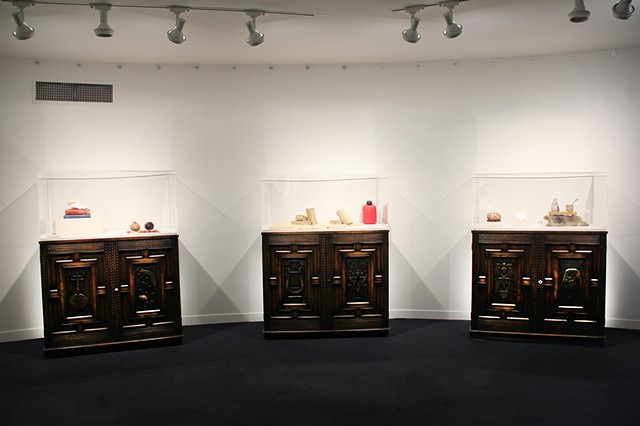 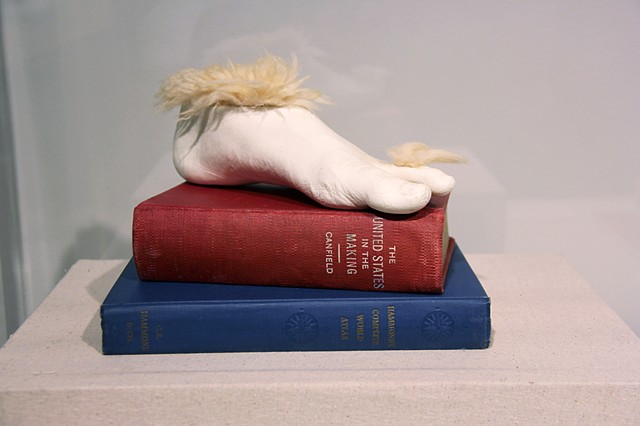 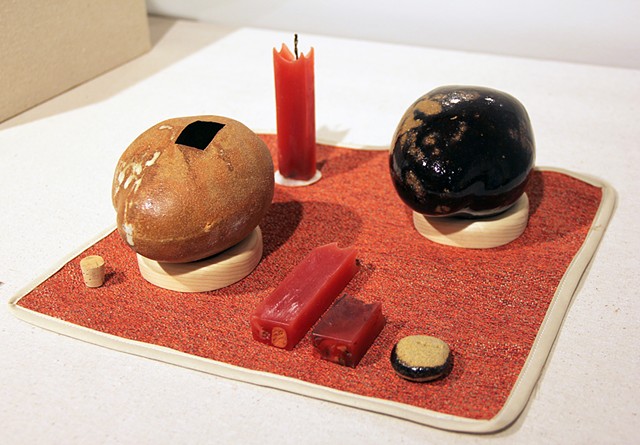 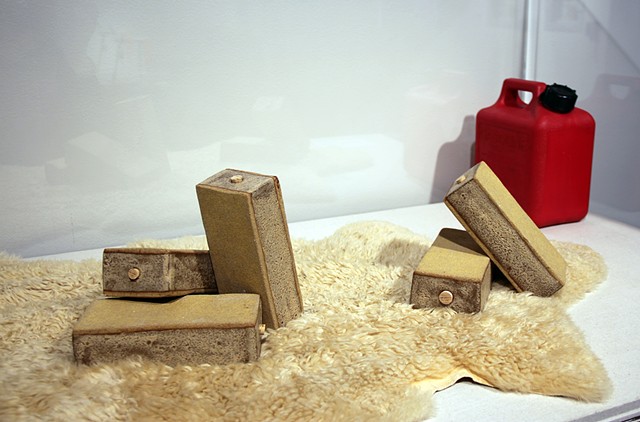 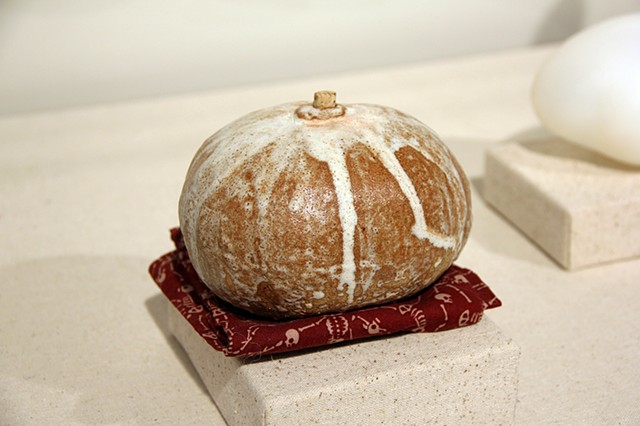 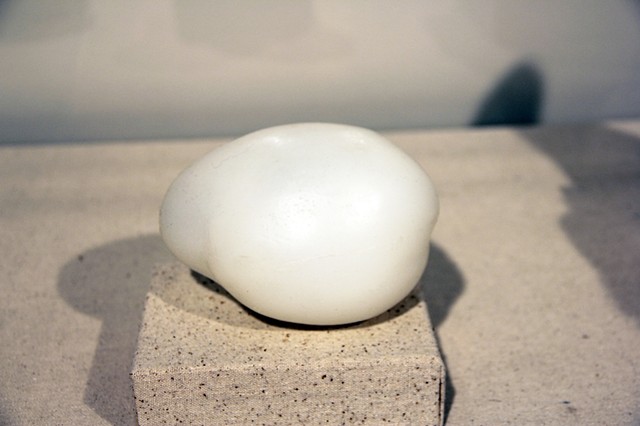 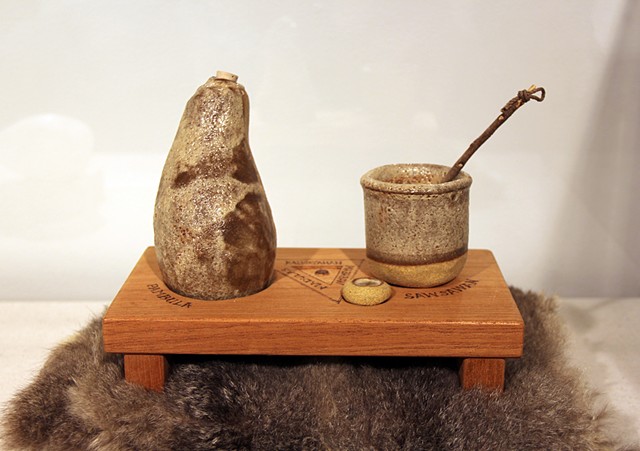 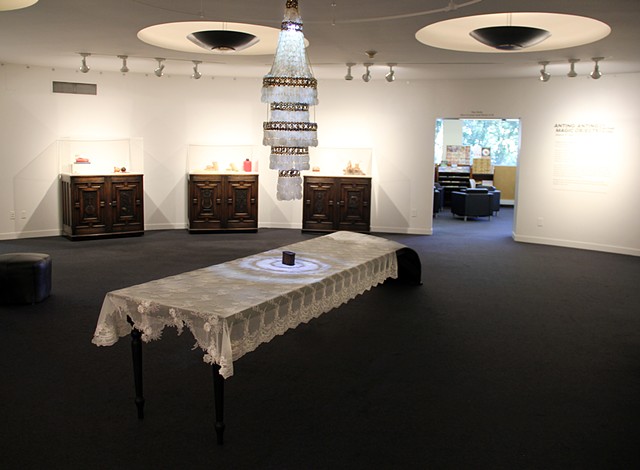 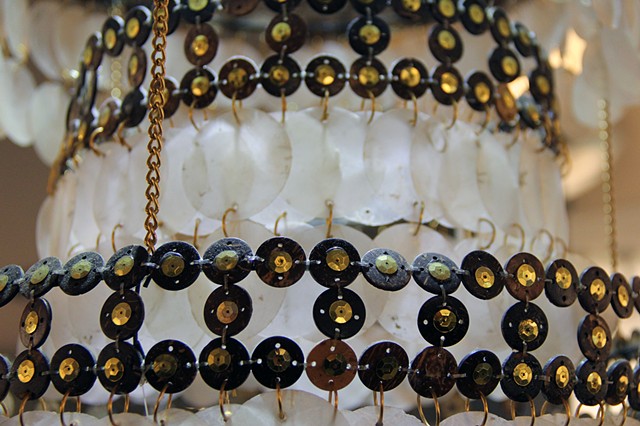 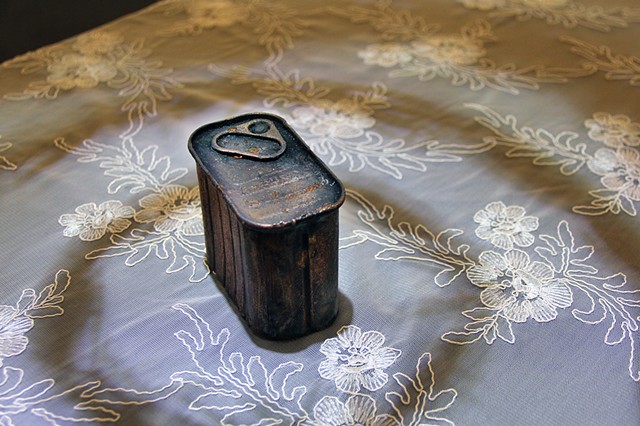 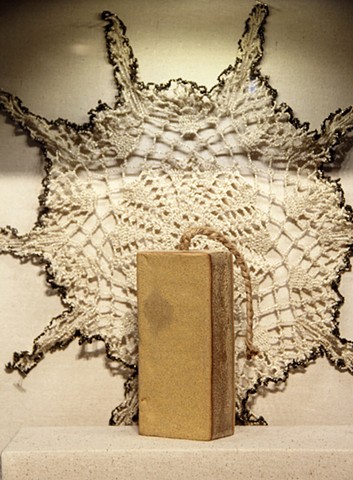 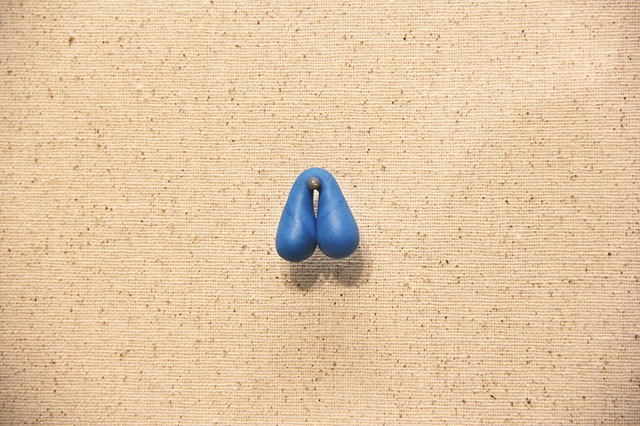 These handmade objects explore the indigenous Filipino concept of anting anting, a belief that everyday items as well as handcrafted amulets etched with symbolism can heal, bring prosperity, protect and strengthen. The possessor of the object performs rituals such as a prayer to impart its power. After Spain’s colonization of the Philippines, anting anting appropriated imagery from Catholicism. It is still practiced today by many.

As a child in the Philippines, artist Michael Arcega encountered anting anting and the practice of the albularyos and Hilots, seers and healers. The artworks he has created for this exhibition draw from that experience and examine mystical power, objectified-strength, safety and protection from the challenges of contemporary life and politics. These art objects act as functional and decorative items as well as spiritual guides. They guard from the looming threats that surround us and empower those who believe. Each is a starting point to create conversation and explore the possibilities of transformation and hidden power.

With Anting Anting | Magic Objects, Arcega draws from memory to recreate commonplace objects that have special meaning in his own life. When in distress, comfort and relief can be found in items we hold close. Merging fine arts practices with an anthropological sensibility, he invites viewers to consider the power of belief and truth of ordinary objects in our lives.

About the Artist Born in Manila, Philippines, Arcega migrated to Los Angeles at the age of ten. He is an interdisciplinary artist working primarily in sculpture and installation. His work revolves around language and sociopolitical dynamics. Directly informed by historic narratives, material significance, and geography, his subject matter deals with inequitable power relations. He currently lives and works in San Francisco, California where he is an Assistant Professor at San Francisco State University. Thacher Gallery @ University of San Francisco Co-sponsored by Asian Pacific American Studies and Yuchengo Philippine Studies Programs.