ARCHIVE > A Scene from the Anthropocene | Linfield Gallery

Linfield Gallery is pleased to present a significant new solo exhibition featuring San Francisco-based artist Michael Arcega. Working with themes of exploration, map-making, and cultural exchange, Arcega’s work subverts and mutates the outsider/insider narratives that form the underpinning of our national identity. It will be the artist’s first solo exhibition in Oregon.

Over the past 6 years, Arcega has been exploring the cultures and customs of the Nacirema, a group famously documented by anthropologist Horace Miner. Miner describes the Nacirema as “a North American group living in the territory between the Canadian Cree, the Yaqui and Tarahumare of Mexico, and the Carib and Arawak of the Antilles. Little is known of their origin, although tradition states that they came from the east.”

Drawing from his experiences living with the Nacirema, Arcega has created a body of work that brings new perspectives to a culture that is still poorly understood. The exhibition at Linfield centers on Arcega’s hand-made, collapsible Pacific outrigger canoe, which he has christened BABY. The artist has used the vessel as a “medium for intercultural navigation,” traversing waterways across the country and collecting material for his installations.

This spirit of exploration that animates Arecga’s work takes on special significance in Oregon, where it can be considered in context with Lewis and Clark’s Corps of Discovery Expedition and others who have shaped the American West. 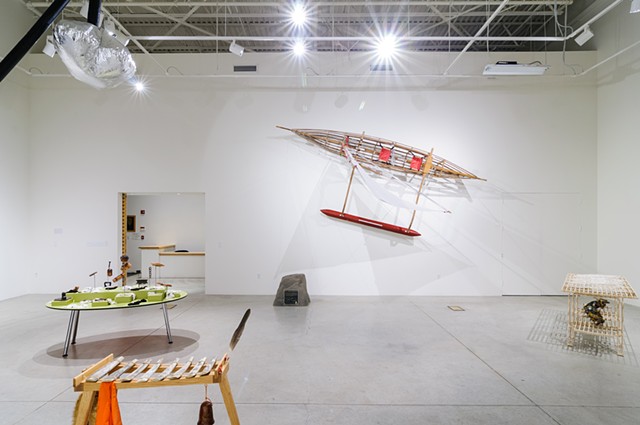 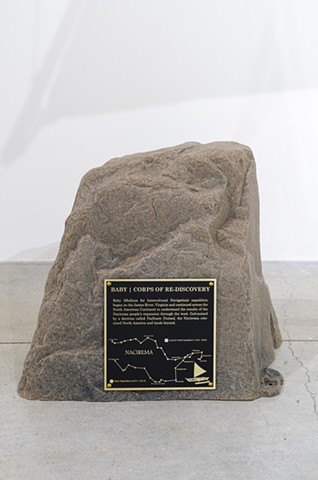 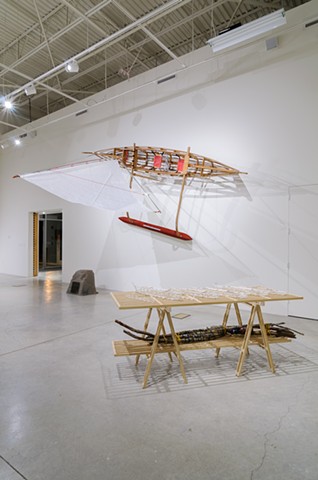 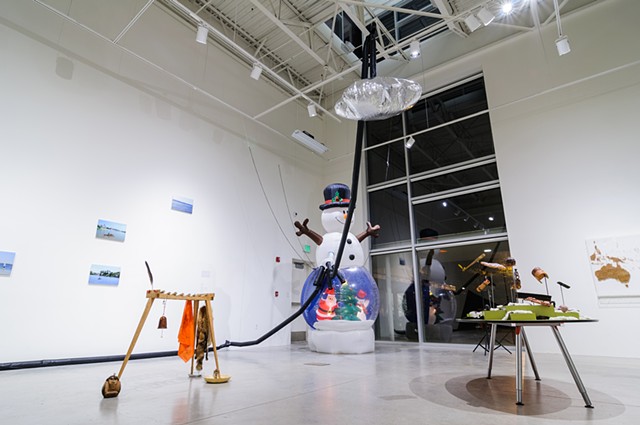 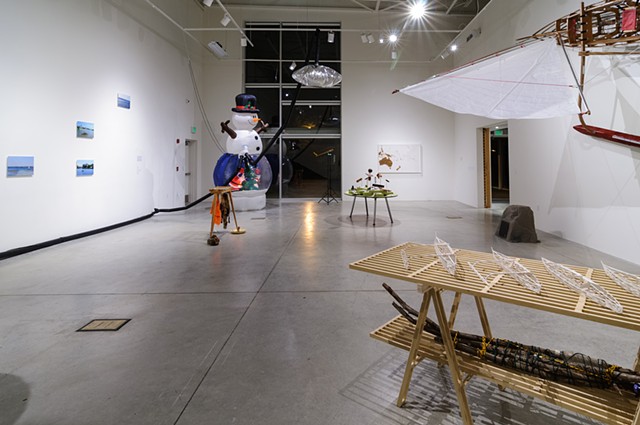 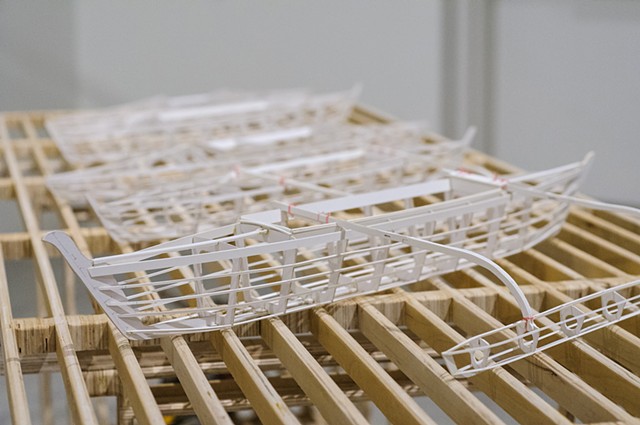 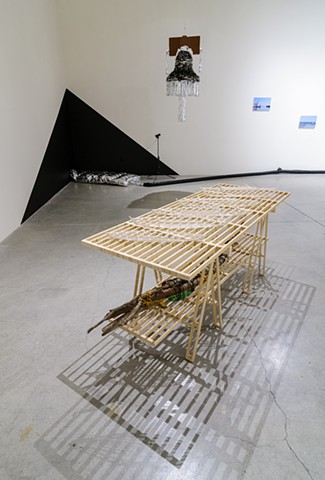 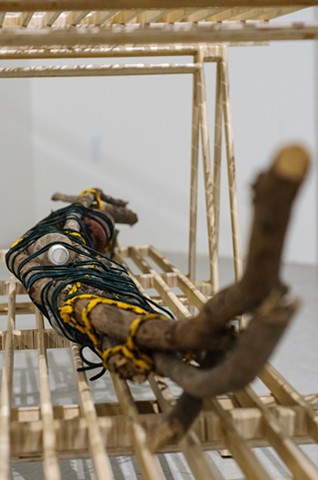 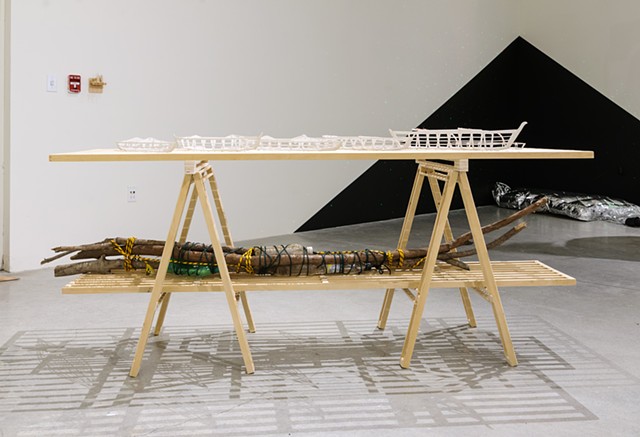 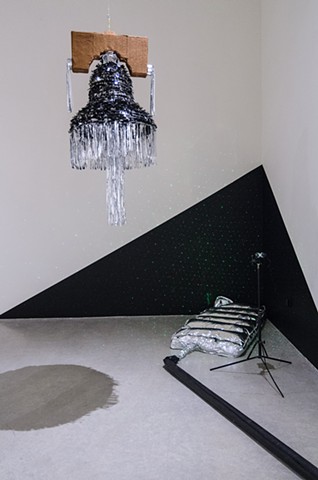 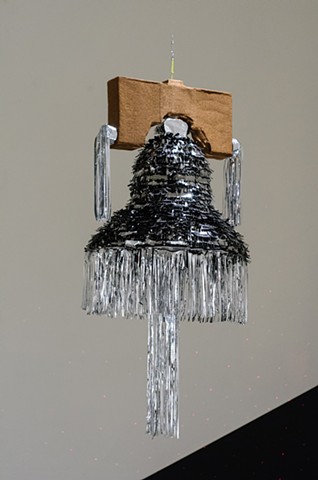 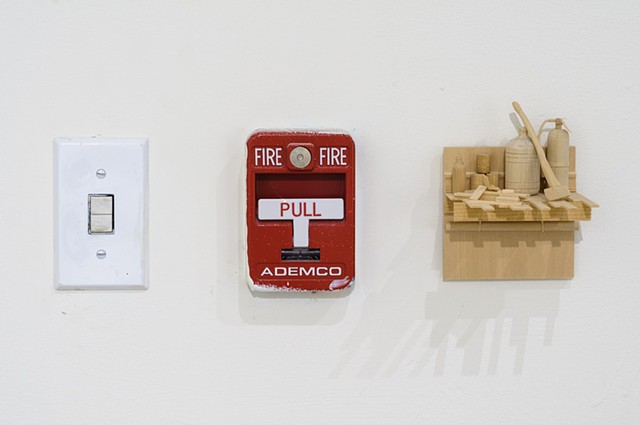 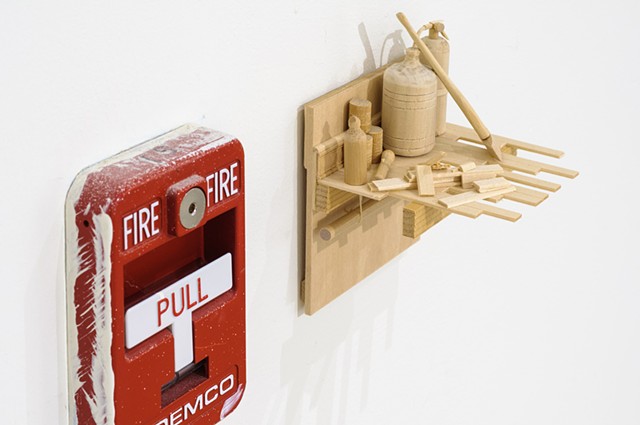 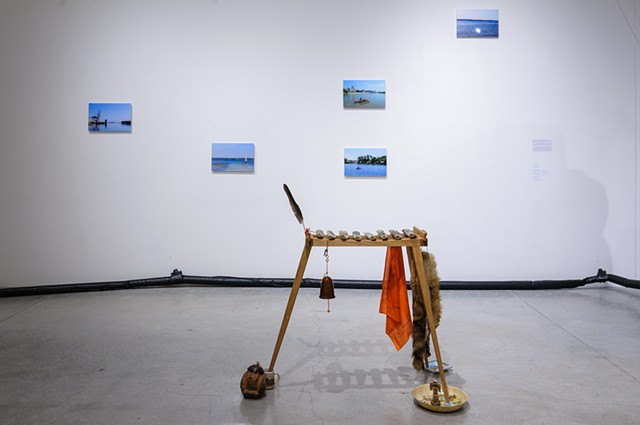 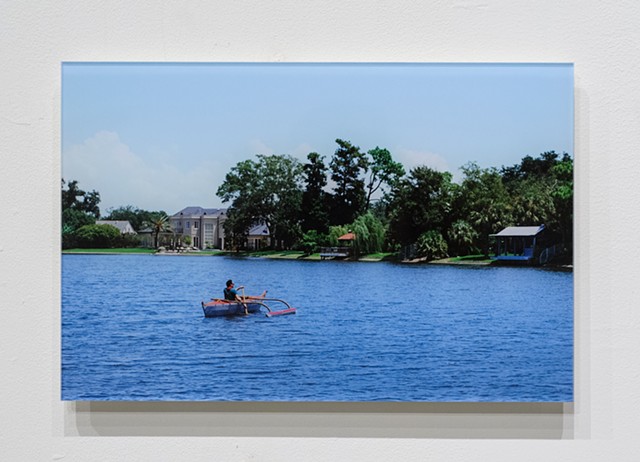 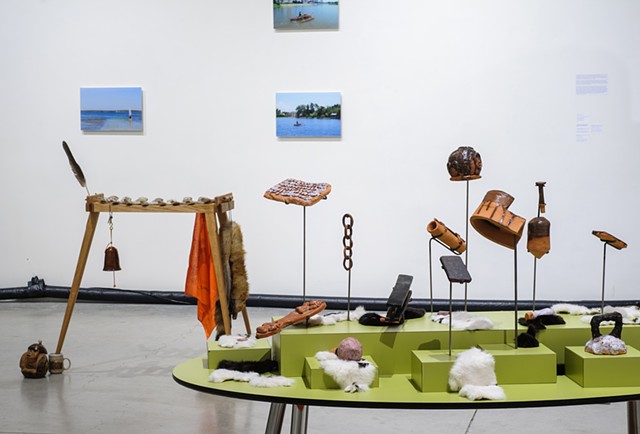 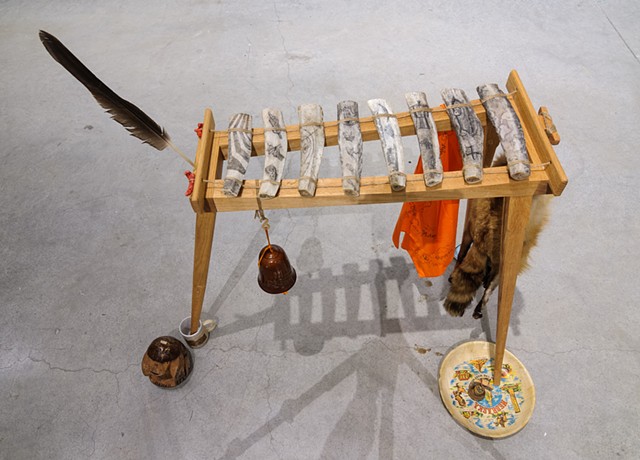 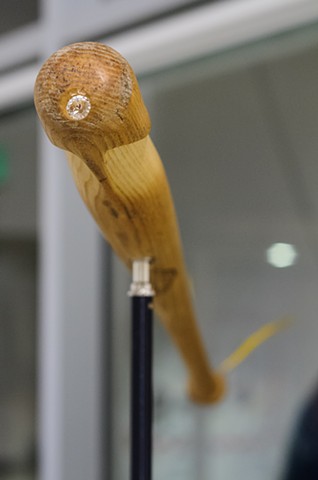 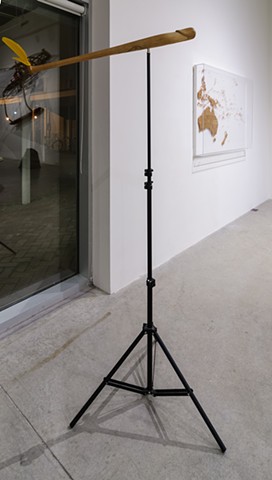 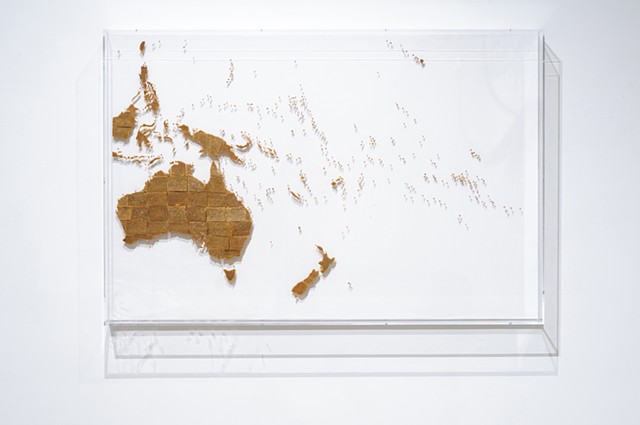 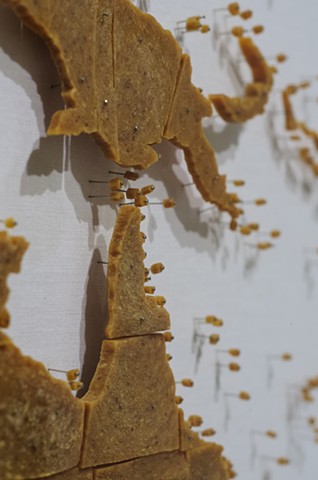 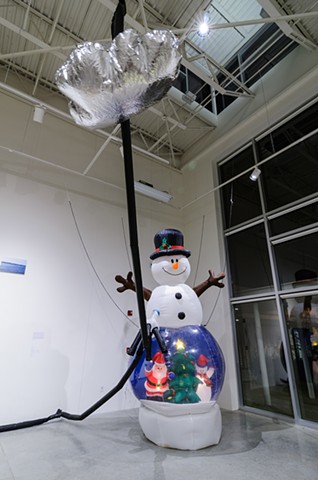 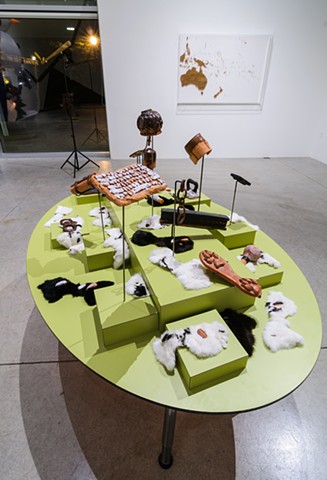 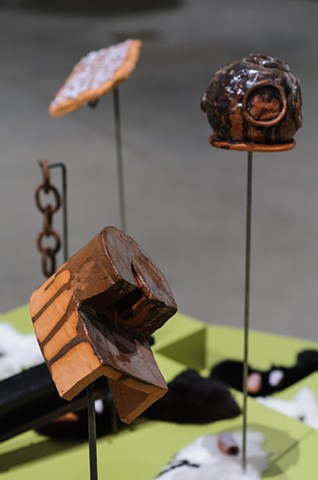 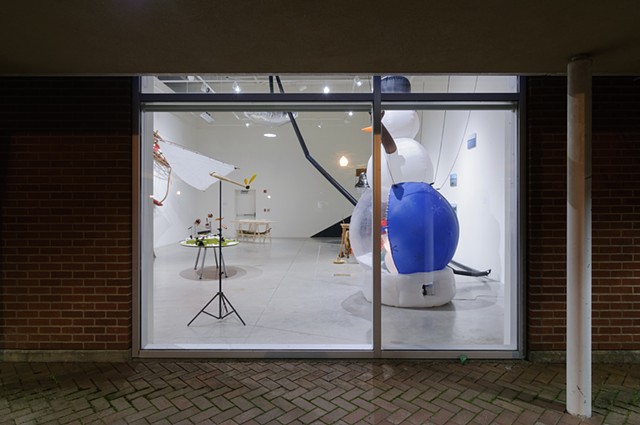 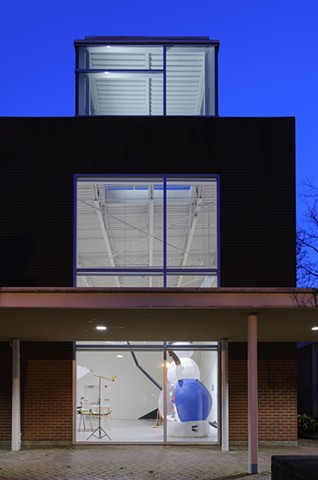