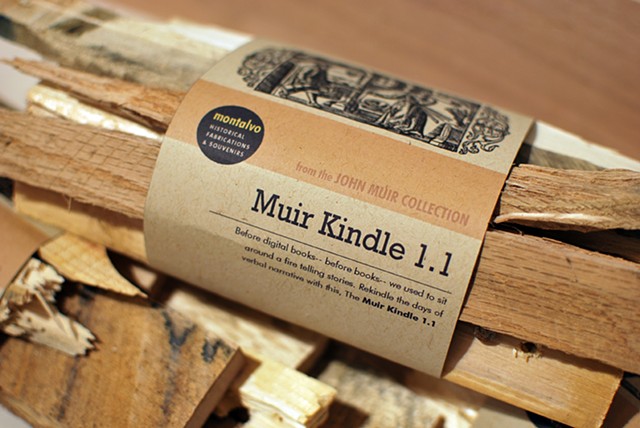 Before digital books-- before books-- we used to sit around a fire telling stories. Rekindle the days of verbal narrative with this, The Muir Kindle 1.1

John Muir and the Sierra Club fought vigorously to stop the damming of Hetch Hetchy valley. Muir regarded it as "one of Nature's rarest and most precious mountain temples." Undaunted, Phelan tried again in 1903, again in 1905, again in 1907. He believed that a dam in Hetch Hetchy would provide drinking water and electricity. It would also free San Francisco from the monopoly of the Spring Valley Water Company.

Despite their drastic difference in opinion, James Phelan held John Muir in high regard. To honor him, there is a bronze bust of John Muir at the entrance to the trails behind the villa.