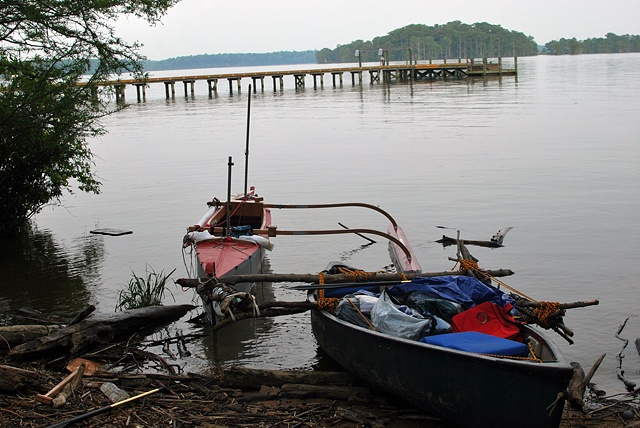 In this image, the American canoe has been fitted with make-shift outriggers during an emergency stop by Josh Bennet, Veronica Huynh, and Michael Arcega.